In February 2018 we secured funding from the Mayor of London’s Greener City Tree Fund to create a community orchard on D’Eynsford Estate in Camberwell.

We designed an orchard of 25 fruit trees to be planted across two sites on the estate – one along some bare grassed areas along Elmington Road, and the other around the perimeter of the children’s playground at the centre of the estate. 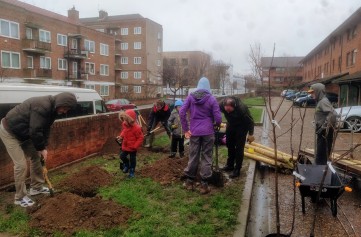 Planting got off to a mucky start, with some grim weather for the first couple of days, but the community were out in force nonetheless! We designed tree guards created using fence posts and half-posts, to protect the trees, following concern about potential vandalism from some residents. The trees are all in very good health a couple of years later, so the guards were very successful, but it added to the work on the planting days! In total, we spent six days carrying out the tree planting, adding cherries, plums, apples, pears, gauges and quince to the estate.

As well as the trees at the Elmington Road site, we had designed a simple scheme of pollinator-friendly flowering plants to cover the space between each of the trees. We returned in early May to put hundreds of new plants into the ground, and you can see below just how successful the results were a couple of months later: 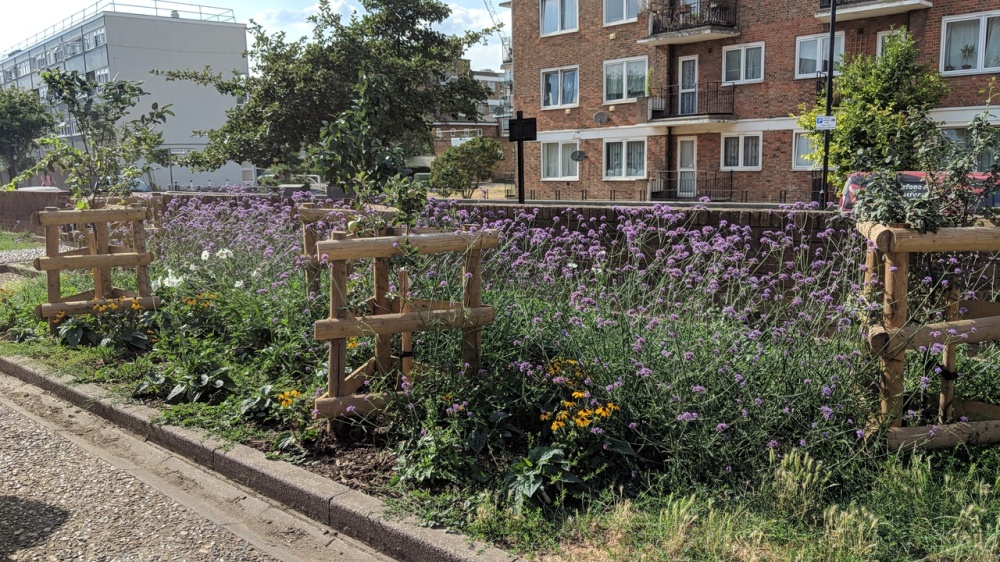 In the years since then, the crops on the trees have gotten larger, and we are expecting the coming year to be the first full bumper cropping! Residents have a huge supply of homegrown fruit, and we’ve even bumped into people from the far sides of Camberwell who know about the orchard and sometimes pop down for a handful of cherries! 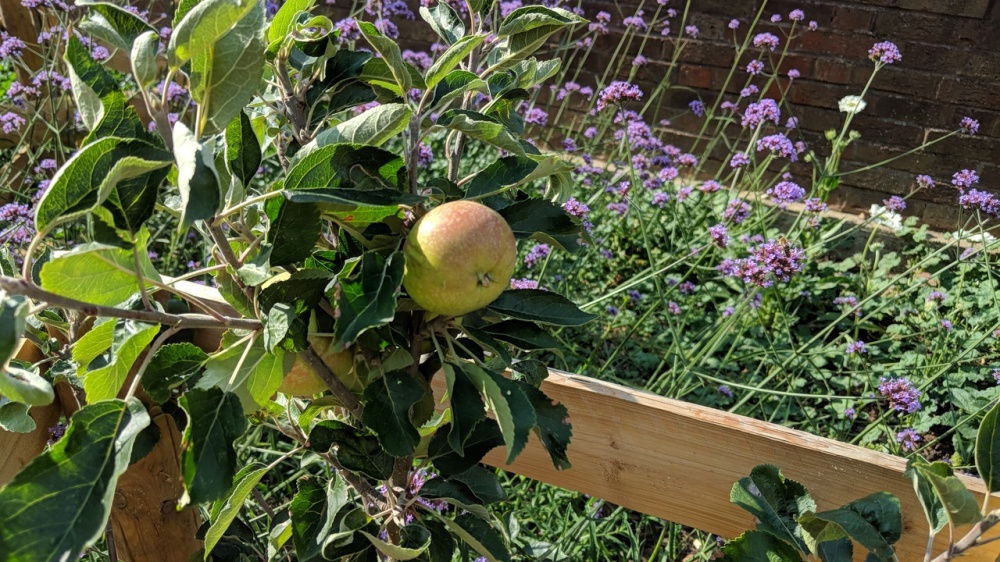